VDT Commnuinications has joined the list of 4G LTE service providers in Lagos, Nigeria. The company announced its service saying it “will offer internet speed of up to 300 Mbps” speeds.

The service provider says that it currently has about 80% of Lagos State covered by its 4G LTE network. VDT 4G LTE data plans start from N3,500 for a 7GB monthly bundle. Speed-capped unlimited internet data plans are available as well. The service is available via mobile WiFi and CPE modems.

VDT is the principal partner in the Bitflux Communications Limited consortium, which emerged the preferred bidder (for $23, 251,000) at the 2.3Ghz spectrum auction on February 19, 2014. The company had set an initial rollout date of January 2015. 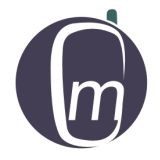